Beyond the Doors of Syquia Mansion, Vigan, Ilocos Sur The small town of Vigan in Ilocos Sur has always been known as the door to our past. From the cobblestones of Calle Crisologo that thumps as the carriages and calesas pass by down to the pinagburnayan that celebrates the pottery of the region, Vigan has been the home to the country’s preserved bygone era. A UNESCO heritage site, Vigan is a bold statement of our rich history and culture. But deep down the road of the quaint town lies a silent witness to our past: the Syquia Mansion.

Built during the Spanish colonial period, the Syquia Mansion is the home of the late president Elipidio Quirino and his family. Now a museum, the mansion served as the home of the Syquia family. Descendants of the Chinese family Sy Kia, they changed their surname to Syquia, its Spanish equivalent. During those years, before a marriage occurs the husband must give a dowry to his future wife. In this case, the mansion served as the dowry to the Syquia family thus it was named after them and not to the Quirino clan. The Syquia Mansion is one of the finest examples of the Bahay na Bato. With its first level made up of stones while the second level is of wood, the mansion is one of the perfect examples of the arquitectura mestiza, a hybrid of Spanish and Filipino architecture. Upon entering its doors, one will be greeted by a carriage. The high ceiling was a predominant feature of such an architectural class because the first level also serves as the garage of carriage or calesa. On the second floor, one will see a lot of painting including a replica of the Spoliarium by Juan Luna. There are also three paintings done by Fernando Amorsolo, the first National Artist for Painting. The living area’s flooring is made up of thick hardwood planks with the ceiling adorned with glass chandeliers. You can also notice the drapes by the windows adorned with Capiz shells.

One prominent feature of the bahay na bato is the use of ventanillas, the small opening usually protected balusters between the window and floor. During the Spanish era, electricity was not yet available and houses were designed to make sure that air flow is enough to cool down the rooms. This is also the reason why there are woven cloths that hang from the ceiling. These are manual operated fans that maids use. On the bedroom, one will see the Kama ni Ah-tay, a popular four poster signature bed designed by Eduardo Ah-tay, a Chinese furniture maker. The bed is considered as a status symbol that if you own one that means you are a prominent person in the society.

Social discrimination was rampant during the Spanish era thus the birth of the terms Illustrados and Indios. There is a wide gap between the poor and rich and this can be clearly seen all throughout the Syquia Mansion. On the living room on the second floor, there are multiple holes that allow the homeowners to view the guests below. They can then determine whether to let the guests in or not. While this may be defined as social discrimination, the holes were also designed to protect the family. These were used for their security, a classic version of the now CCTV. Along the sides of the house, there’s a small corridor between the inner and outer wall. These corridors are used by maids and servants to avoid them going inside various rooms since they’re not allowed not unless they are told to do so.

The second floor also features a central courtyard called azotea which also served as a workspace. The azotea or central courtyard.

The Syquia Mansion is truly a door to our past. Its rich history is embedded in its stoned walls and shelled windows. While its grand architecture is something that is perfect for Instagram with the matching #throwback, one must not forget to look at how this mansion once defined social class during the by-gone era. More than the house of the late president Elipidio Quirino, the Syquia Mansion serves as the passageway to understanding how our ancestors live during those years. After all, not everything is written in history books.

The mansion can be easily accessed as it is located along Quirino Boulevard, one of the main roads of Vigan. It’s just a 10-minute walk away from Calle Crisologo and Plaza Salcedo. Entrance fee is around Php 30 and there are tour guides available. While the mansion may seem to be just a preservation of artifacts and paintings, history and heritage geeks and architecture fanatics will definitely fall in love with this place. The best time to go here is during weekdays to avoid the crowd so you can have the whole mansion all to yourself.

Justin Vawter
https://www.justinvawter.com
Climber. Backpacker. Designer. Blogger from MNL. An architecture student by day, writer and designer by night, and hiker on free days, join me on my adventures as I try to explore the world. LIFE IS TOO SHORT TO LIVE WITHOUT ADVENTURE.
Previous Post Travel Guide to Mt. Kupapey and Fato, Maligcong, Bontoc, Mountain Province 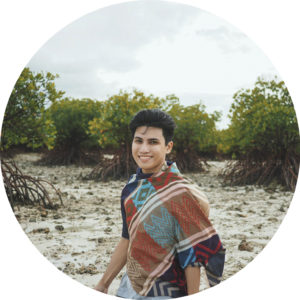 I do design for a living. I do backpacking to live. When not working, you'll find me hiking and conquering the mountains or diving and exploring while taking photos in between.

Life is too short to live without Adventure.

GET FREE TRAVEL TIPS AND GUIDES